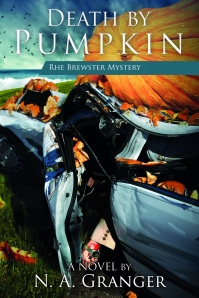 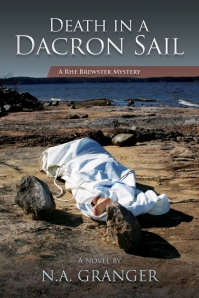 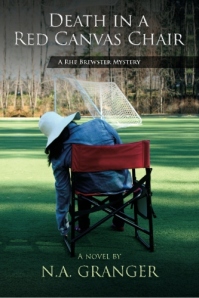 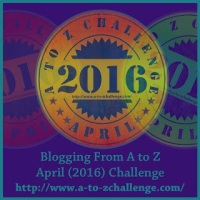 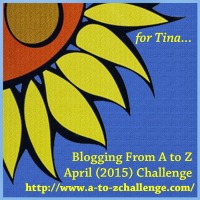 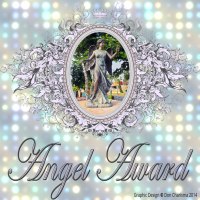 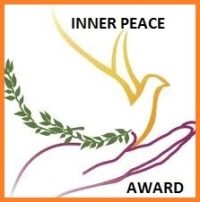 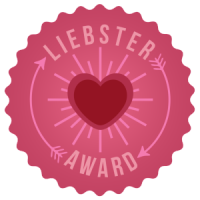 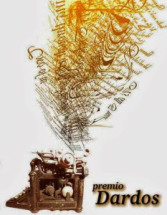 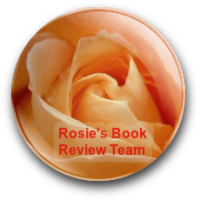 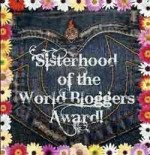 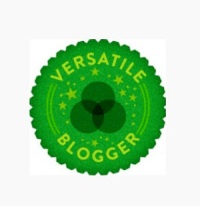 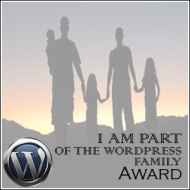 This review was supposed to be published yesterday, at the end of the tour, but due to a mix-up I am blogging this review as what I call a clean-up at the very, very end!

This book is about porcelain, something I’ve never really thought much about, except for choosing my tableware pattern before I married. I never realized that in eighteenth century England, fortunes could be made or lost on it. In The Blue, historical fiction writer Nancy Bilyeau crafts a story as lovely and colorful as the porcelain about which the tale centers.

Genevieve Planché, London-born descendent of French Protestant Huguenots who fled the persecution of Kings Louis XIV and Louis X, views porcelain with disdain. She has talent and wants to be an artist, but her grandfather, with whom she lives in London, has arranged a career for her as a decorator of porcelain at the Derby Porcelain Works. The thought of it makes her want to scream. No male artist in London will take on a female apprentice, so in a last desperate attempt to avoid her fate, she crashes a party at the home of William Hogarth, the internationally famous painter. She pleads with him to accept her as a student but is rudely rebuffed. While there, she meets Sir Gabriel Courtney, a charming roué, from whom she escapes when she leaves the party.

Her unavoidable departure for Derby is complicated by two things – first, the reappearance of Denis Arsenault, journeyman silk weaver with whom Genevieve had been besotted. Arsenault is wanted by the law for leading a riot in the workshop where he worked. He’s returned to take Genevieve to New York with him. But before that can happen, the second complication occurs: Sir Gabriel reappears as a dinner guest at her home and offers her an opportunity she can’t refuse – learn for him the secrets of porcelain manufacture at the Derby Factory and in particular the formulation of a new, unknown color of blue. If she does, he will send her to Venice to study art.

She travels to Derby, takes up her apprenticeship, but in doing so learns more than she wants – not only about porcelain but also about industrial espionage.  Genevieve resolutely faces the obstacles to her dreams with no idea of the danger that lies in what she’s been asked to do.

The Blue is a rich romp into 18th century patriarchal society and the role of women. The author has crafted a tale with colorful, memorable characters against the teeming background of London and the midlands in the 1700s – all impeccably researched. Even the lesser characters have a three-dimensionality. The political animosity between England and France during that century (the colonial wars, the Carnatic wars) creates an unsettling daily environment in which the reader becomes immersed and feels much in the time.

Genevieve is a great leading lady: dogged, intelligent, and brave, but has compassion and understanding, even when she’s been wronged. Sir Gabriel is a worthy villain, debonair and desperate. The reader may find themselves almost liking him when his reasons for drawing Genevieve into his plots is revealed. Thomas Sturbridge, the chemist responsible for formulating the blue, is an aw-shucks sweet man with a backbone of kindness. In general, with the exception Thomas and Genevieve’s grandfather, the men in this book are unpleasant, rude and often crude; I suspect that in a competitive situation with the amount of money and fame at stake, this would be the case. In any event, the author is clearly invested in her characters.

The real surprise is the descriptions of the production and decoration of porcelain, something fragile and unimportant in the historical scheme, but which fans the flames of fancy and avarice in people rich and poor and tests the limits to which the very rich and important will go to possess the finest. I was heretofore completely ignorant of this aspect of 18th century life, and the author demonstrates a fine touch of ingenuity in making this the centerpiece of the story.

The plot has many surprising twists and turns which take the reader one way and another. Spies, secret writings, robberies, chemical experiments, kidnappings and escapes – there are many things to entertain woven into the story. I also appreciated that the morality of industrial espionage, even in those times, was not ignored.

If you are looking for an increasing wild ride of well-informed historical fiction, this book is for you.

Nancy Bilyeau is a magazine editor has lived in the United States and Canada and who has worked on the staffs of InStyle, Good Housekeeping, and Rolling Stone.

She is also the author of the Tudor mystery series The Crown, The Chalice, and The Tapestry. In The Blue, Nancy draws on her own heritage as a Huguenot. She is a direct descendant of Pierre Billiou, a French Huguenot who immigrated to what was then New Amsterdam (later New York City) in 1661. Nancy’s ancestor, Isaac, was born on the boat crossing the Atlantic, the St. Jean de Baptiste. Pierre’s stone house still stands and is the third oldest house in New York State.

Nancy studied History at the University of Michigan and clearly feels most comfortable with writing about past centuries. She is currently the deputy editor of the Center on Media, Crime and Justice at the Research Foundation of CUNY and a regular contributor to Town & Country and The Vintage News.

She currently lives with her husband and two children in New York City.

You can find her on

On her own book site: http://nancybilyeau.com/

And on her blog: http://nancybilyeau.blogspot.com/

And here is the banner for the book tour, which you may have missed. Mea culpa! 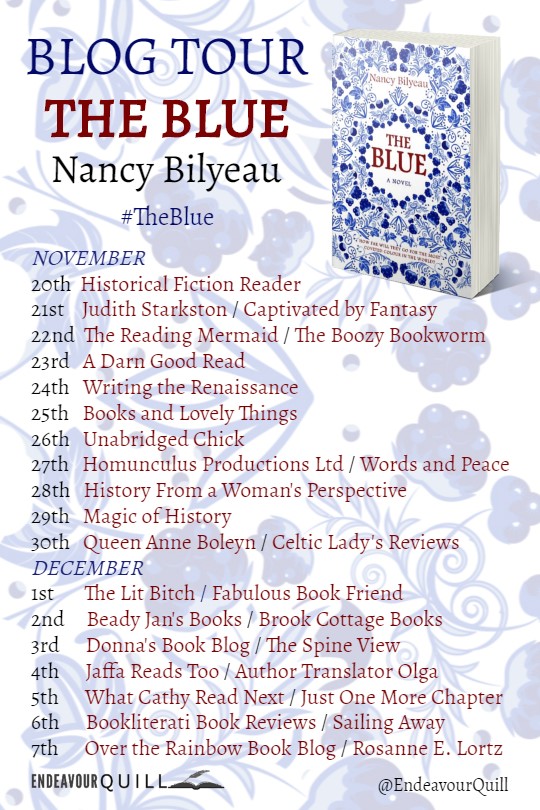